Today a hearing was held in Carroll County Superior Court as a result of Jail Superintendent Jason Henry’s request to release House of Corrections inmate Terrance Perkins due to concerns related to his risk of contracting COVID-19 while in prison.  Mr. Perkins was convicted of two counts of domestic violence criminal threatening with a deadly weapon for threatening family members with a gun. He began serving his twelve-month sentence in late October or November 2019.  He has subsequently been charged with assaulting a female corrections officer.

During today’s hearing at Carroll County Superior Court, County Attorney Andruzzi vigorously opposed Mr. Perkin’s release arguing that he remains a danger to his victims and the community at large.  At one point, Attorney Andruzzi informed Judge Amy Ignatius that a family member of Mr. Perkin’s went to the Tamworth Police Department just last night attempting to regain Mr. Perkin’s firearms to return them to the very same home he is to be released to.  The defense attorney argued that Mr. Perkins is at a great risk of morbidity if he contracts COVID19 due to his age and underlying health conditions and that the Carroll County House of Corrections could not meet his medical needs should he contract the virus while serving his sentence. Judge Ignatius ultimately agreed to greenlight Superintendent Henry’s request to release Mr. Perkins from confinement at the Carroll County House of Corrections to his Tamworth home.

What we learned from this hearing was that Mr. Perkins is the very definition of risk.  His release is reckless because we have the research and data modeling to know that individuals who commit acts of domestic violence with a deadly weapon pose the highest risk for lethality and that is exactly what Mr. Perkins was convicted and sentenced for.  He used a deadly weapon, in this case a firearm, to threaten family members.  Over 50% of homicides in the state of New Hampshire are a direct result of domestic violence.

We need to be more protective than ever, during this pandemic, of vulnerable people including domestic violence victims and children and we need to be judicious with our law enforcement resources so they can best protect our community and themselves.  We should not be introducing more risk into our community during a pandemic.

“What occurred in Carroll County this afternoon is of great concern to those of us at Starting Point.  It is bad policy that should not be repeated.  No one who is a violent offender and who carries this level of risk should be given any sort of early release. This reckless decision sends a message to victims that their rights and safety are less important than those of the criminals that commit violence and abuse,” said Deborah Weinstein, the Executive Director of Starting Point.

Starting Point’s trained advocates remain available 24/7 to meet the needs of victims of domestic and sexual violence and stalking here in Carroll County. If you or a loved one needs support or information, please call 800-336-3795. Caring advocates are standing by to help.

Starting Point: Services for Victims of Domestic & Sexual Violence is a non-profit organization dedicated to: 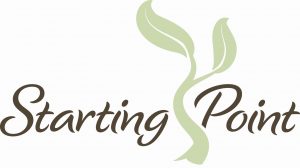 All services are offered free of charge and are strictly confidential.