CONWAY — Starting Point — Services for the Victims of Domestic and Sexual Violence — has announced two promotions within the organization.

Raetha Stoddard, who was the direct service and outreach coordinator, will assume the role of executive director.

Liz Stillman will be joining the non-profit full-time as an administrator handling grants and development support.

Melissa Couture, the current executive director, will be leaving to return to the banking industry, where she had worked for more than 11 years.

Couture assumed the director role after serving on Starting Point’s board of directors. She agreed to serve for two years.

Board chair Anita Burroughs said: “Melissa has played an enormous role in strengthening the agency financially, and in building a professional staff to effectively serve victims in Carroll County. We are so grateful for her dedication and hard work. She leaves us comforted by the knowledge that the agency is in superb hands.”

She added, “The agency is in a strong financial position, and will end the fiscal year in the black, with cash reserves on hand.”

Stoddard has had a long relationship with Starting Point. Her mother was one of the first advocates for victims in Carroll County, and Stoddard herself was a volunteer and board member before joining the Starting Point staff in 2015.

Stoddard has skills in community development, marketing and community outreach, and will provide support to Starting Point service providers.

Greg Frizzell, owner of WMWV Radio, is the board chair-elect, assuming his new role in September.

Frizzell was previously president of Mt. Washington Valley Chamber of Commerce and served on the board for eight years.

“We feel very fortunate that a seasoned community leader was willing to move into a leadership role. We have no doubt that Greg will make an important contribution to the agency during his tenure as board chair,” said Burroughs. 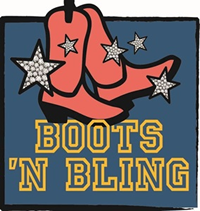